Tough away ground to go to, They only lost 1-0 to Hearts after their keeper was fouled and the ref let play go on, and they drew 3-3 with Sevco too, so it wont be an easy game. They beat us in the cup too but that was Miller's last game in charge and the final nail in his coffin, so we will be set up completely different this time.

A win would keep our great run going but a draw wouldn't be disastrous, as I said it's a tough venue for any team to get points at, have to say though, I think we can get a narrow win here. This Livi team is def up for a scrap at difficult grounds and are used to grinding out away wins here and there.


Mon the Amber Machine, you can do this, lets keep the run going.

I’m sure it will come as no surprise to anyone that I think we will come back to earth with a bump.

We will be in the process of boarding our flight to the country that must not be named as this one is ending & would be delighted to hear of another great result but Motherwell might just be our bogey team this season.
Liviforever

You'd be better supporting Sevco or Celtic this season Bertie, they're having more down to earth with a bump moments than us, so at least you'd be right now and again.

Enjoy your trip to 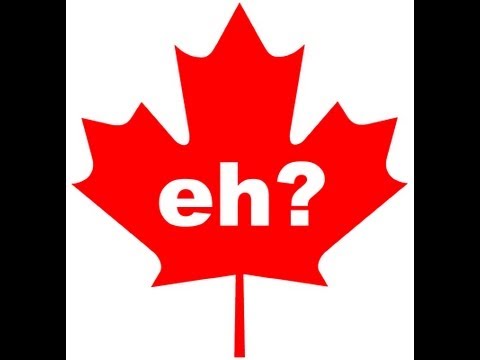 On the footballing side I must admit to starting to succumb to the Bertie effect. Things have been going so well of late and, on paper, we should win this one but....

We're Livi supporters and know the pain of unbridled expectations.

LDWD away from home so far this season (and the first two were under Miller) and Motherwell have been dreadful of late everything points one way but can we keep it up?

I know what you're saying though, years of being a Livi fan where we'd win games against the big teams and then lose to a part time team is hard to shake, but this Livi team don't seem to do that. Doesn't matter who we play they put in the same effort and determination to win in every game.

Yes - I still get nightmares about the fact that Brechin got one of their four points against us last season and that was after we'd been two nil up at half time - also the results against Dunfermline weren't spectacular - from our angle anyway.

With the way the team have settled in its difficult to think we could go that way again but then again this is Livi after all.....
Liviforever

Just read we played a closed door game against Falkirk at Westfield earlier in the week, finished 0-0. Only player I saw mentioned playing for us was Sibbald, who got 70 mins under his belt, but I take it we had fringe players rather than the first team. Looking good for a Sibbald return anyway, prob not against Well though, can still se him being on the bench and coming on as a 2nd half sub.
Liviforever

Watched the Motherwell's manager in an interview and he was asked about Livi, quite encouraged by his reply. Basically said he'd beaten us already and seems to think it'll be the same again playing the exact same way. Oh good, he's going to get a surprise then if that's what he's expecting.

Liviforever wrote:Watched the Motherwell's manager in an interview and he was asked about Livi, quite encouraged by his reply. Basically said he'd beaten us already and seems to think it'll be the same again playing the exact same way. Oh good, he's going to get a surprise then if that's what he's expecting.

Not quite sure what to make of this one.Whilst i appreciate that we are good enough to go through there and take the three points i certainly wouldnt be adverse to anything other than a defeat.Saying that you just dont know with this team.We are on a terrific run of form at the moment and it would be great to see the momentum carrying on for a wee while yet without being greedy.Motherwell are a decent side although not unbeatable but they will probably think this is a game they should be winning especially at home.Think Gary will start with the same 11 as last week injuries permitting and i for one wish themwell and hope they bring back a favourable result to West Lothian.Do it boys!!!
Troy

Terrific result for the Lions today which keeps us 11 points clear of that playoff place.Magnificent from Keags to get us back in it.Notoriously difficult place to get points at but well done the Lions for delivering once again .Collum up to his usual but thank god didnt affect the result.Cant fault the efffort from these guys,they just never know when their beaten.Well done Gary Davie and the boys.

Dunno about not affecting the results, struck off Lamie's goal. I've seen a hell of a lot worse than Menga's supposed obstruction of the keeper allowed to stand. Shocking challenge on Gallagher too, leading with his elbow right into Decs head, how the feck is that not a red? Compliance officer should be getting involved there, but at least he got another booking and was sent off for a 2nd yellow.

Thought we were below our usual levels today but Motherwell maybe had something to do with that, same as we usually do to other teams, a right hard match and we deserved something from it so well done Keaghan for a superb free kick, almost nicked it at the end too with Lamie again almost scoring.

Good point anyway, Motherwell will take points of other top 6 teams, and it keeps us unbeaten under Holt, so momentum is still with us.

Couple of weeks off now which may not be a bad thing, a few players will have knocks after that game and this gives them time to recover.
Sponsored content