With us having an international weekend break we've no first team football on  this weekend, so may as well look at the rest of the games coming up.

Very tough month for us and we've just got 3 points from one of those tough games, so no reason to think we can't cause more upsets.

Accies at home is one we'd be looking at to get 3 points, in fact it's prob the only game anyone thought we'd have a chance in this month, but as we know, there are no gimmes here, we'll have to go in with the same attitude we did in the Hibs game. Accies defence is very suspect so we'll get chances, hopefully we see Ryan Hardie back for this game too. Great chance to open a 10 points gap on Dundee though, they're away to Sevco, and St Mirren have Celtic at home, results go our way and it gives us a breathing space for our next 2 tough fixtures.

Hearts away looks a daunting fixture, but as I watched them comfortably beat St Mirren 4-1 I noticed a few cracks in their defence, St Mirren had 3 golden opportunities to score and really could've got a draw there, they are by no means invincible. We have a good solid defence and midfield, keeper too, and now we're operating with a view to score goals we are capable of doing exactly that, this will be tough but i'm actually bursting to see us play Hearts and see how we fair against them. No surprise to anyone I bet, that I think we can get something here.


Sevco at Home, bring it on, this should be a cracker, players and fans will be up for it, and with home advantage and Sevco's heads full of dread for playing on our black pellets, as well as the battle ahead against our 'big physical players' (Robinson, Pittman, Jacobs, Lawless), psychologically we've got them beaten before we even kick a ball. Seriously though, just like the Hearts game this will be a real test for us, and a chance to show we're a team to be taken seriously, and we're not just here to make up the numbers. Like the Hibs game, I think we can cause an upset and win this.


Worse case scenario we lose all 3 remaining games and only take 3 points this month, that's all we'd have been expected to get though so it's the proverbial free hit now we've already got a win over Hibs. Win against Accies though and we'll be 6 points the good after 2 games and nothing to lose for the next 2 games, so we can just go have a go and see what happens.
Durnford

Whilst were hypothesising the generally accepted target for ending in the top half after the split is 44 points (lower if a couple of sides remain unbeaten at the top; higher if a side or two lose every match at the bottom).

Now using that figure it means we need to get 14.6 points from every round of 11 games. As we're already on 7 that means we need to get another 7.6 points from our next seven games. If we can get six points off Hamilton and Dundee that leaves us needing 1.6 off any of the following: Rangers(H); Hearts (A); Motherwell (A); Aberdeen (A); St Johnstone (H) - surely we should be able to sneak a couple of draws out of that mob - of course if we could force another win that would make the next round's target that much easier.

However for the pessimists amongst us (Bertie) the highest number of points that a club has ended up in the play-offs with has been 36 (over 38 games) so currently we're 30 points off safety (37 points) with 34 games to play.
Liviforever

We'll have Bertie going into palpitation overdrive reading this thread, he can't take all this optimism and getting carried away malarkey.

I was hanging off for a few more games before daring to look at end of season projections, but don't worry, i'm privately thinking about them.

7 points from the first 3 games is excellent, a point or 3 in the last one against Sevco would make it an outstanding month's haul. Mon the Lions, you can do it.

Don’t know how I missed this thread until now... we’re doomed I tell ye, doomed! 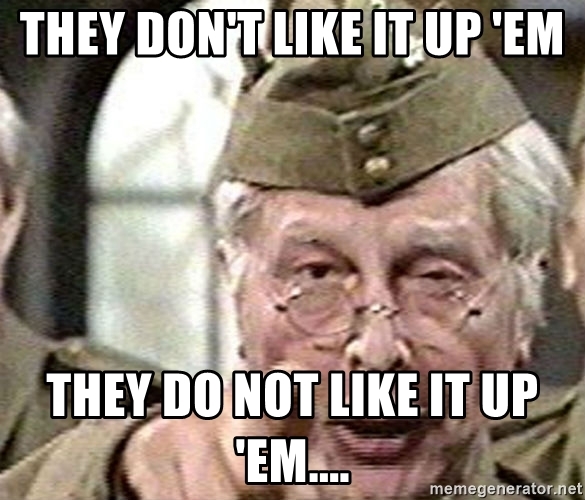 Been saying that for years & is probably why I like our style of play.

Unbelievably good month for us, even in my most Livi tinted specs of optimism could I have predicted us getting 10 points from our 4 games against, Hibs, Accies, Hearts and Sevco, bloody hell.

You know, I dismissed Durnford comparing this team against our 2001/02 team with their accomplishment of 3rd place and getting us into Europe, but i'm starting to think he has a point, nah, we couldn't do it again could we?

It seems not a week goes by without Liam Kelly impressing me more. It amazes me that the Rangers let him go and brought in Allan McGregor (an inferior choice in my opinion) who had turned down a contract extension at Hull City reputed to be worth in excess of £1.2 million per year to join the rangers.

Edit - I did first type "return to the rangers" but of course he previously played for the now defunct Glasgow Rangers.
Durnford

Liviforever wrote:Unbelievably good month for us, even in my most Livi tinted specs of optimism could I have predicted us getting 10 points from our 4 games against, Hibs, Accies, Hearts and Sevco, bloody hell.

You know, I dismissed Durnford comparing this team against our 2001/02 team with their accomplishment of 3rd place and getting us into Europe, but i'm starting to think he has a point, nah, we couldn't do it again could we?

One thing from the 2001/02 season; it was great and we ended up third but it all seemed to go downhill after that. Key players sold or were released; management disintegrated; financial problems.... and we know how that ended. This time it feels different somehow; we don't rely on one key player and if any of our team moved on I'd like to feel they'd be replaced.

Halkett is the biggest risk; not only as a player but an excellent team captain; if we can tie him into another contract for a further couple of years then who knows. Obviously one thing that might convince him to stay would be the chance of playing European football and, unless we end up wining the cup, to achieve that we need to stay exactly where we are.

In theory we have some easier games coming up but these are games where we've often dropped points in the past (remember Dunfermline last season); by contrast both Hibs and Hearts play at least one of the old firm and each other. Actually Kill1e seem to have one of the easiest passages coming up; playing Dundee; St. Mirren and Hamilton its not inconceivable that they'll get nine points from their next three games.
Liviforever

Something this team does is give you confidence of them not dipping, only back to back defeat we've had in 2 years was after we secured 2nd place last season and put out a 2nd string against ICT, and then were just going through the motions in our last league game against Utd, doubt very much it would've happened if we were still playing for something.
Sponsored content