He's about to become our most capped player and deserves a wee thread of recognition for his much appreciated service to Livi. The Jacobs name will go down in our history books with all 4 brothers coming up through our youth teams and playing together in the one game for our first team too, that will also prob be recorded in a book of unusual football facts and a great trivia question.

Keaghan has been over shadowed at times coming up alongside Griffths and then the emergence of Scougall and McNulty, but he's been a constantly solid player in midfield for us, firstly on the wing and latterly in CM. A true gentleman off the pitch and a great competitor on it, couldn't ask for a better role model for our young fans to look up to.

Would be a great gesture from Livi FC if he was presented with a memento at the QoS game by his younger bro Kyle. (As proposed by andylivi1 on P&B)

A fine player, and one I'm glad whom is taking the record given his success in moving from the youth academy to the first team. Difficult to actually pinpoint a specific season which was his best for us, given his consistency; standouts, IMO, are the season we spent in the Third Division where he really nailed down a starting place for us and began to really develop as a footballer; our first season back in the First Division under Bollan, then Hughes, was probably a watershed period for him professionally, given he'd never really had a run at that level before; and the season we won the Challenge Cup and stayed up, he was imperious for a lot of the year.

Was actually speaking to my friend the other week about him breaking this record, and recalling his debut. It's funny how in football, you can remember certain moments and goals clear as day; his debut goal against Alloa in the SC is one of them for me. Slid through, bit of pace to get away from the defence, and slotted it in with a good degree of composure. I didn't actually think he'd still be here nigh on a decade later, and he's one of the few players we've had over the years I'd have happily let go to a higher level, because he deserved it. Disappointed his stint in SA never worked out, but their loss is our gain. He's been superb so far this season. IIRC, he was a big Man Utd and Celtic fan back in the day, so one of them or even a top SA side would be fitting opposition for his inevitable testimonial.

Best Keaghan moment? Odd to a degree, but his goal away to Dumbarton in early 2015 was absolutely fantastic. Dipping volley from 25 yards or so, in over the 'keeper. We were in a total rut at that point and it's a measure of his tenacity as a player than he pretty much hauled us to a thumping win over our bogey team.

Livi legend! Agree the occasion should be marked.
Bertie Bassett

Can't disagree, enjoy watching him play. Hope he stays here for years or gets a chance at a higher level.
LiviCub

He's also had a couple of long-term injuries so he probably would've broken the record earlier in his second spell or nearer the end of his first one. Despite those, he's been a consistent player whether that's on the wing or through the middle and obviously one of the more naturally talented players we've produced. He's very rarely had a bad game.

Like the idea of his testimonial involving a team that he supports or from South Africa. Another idea would be getting a team of players who came through the development team during the same time he did i.e. Dorrans, Snodgrass, Griffiths, McPake etc and also get his brothers involved.
Liviforever

That would be some team LC, McNulty and Griffiths up front, Scougall, Dorrans, Snoddy, Murray D in midfield, McPake, Dave MacKay, Talbot, Big Marv, in defence, and Roddy McKenzie or Bullock in goals.

And ask Gary Bollan if he'd come be the manager in the dugout too. (don't think any of the idiots that punted him are still here and he's still well thought of by the fans).

Get it well advertised and that would surely get plenty folk coming down to Keaghan's testimonial.
Durnford

And ask Gary Bollan if he'd come be the manager in the dugout too. (don't think any of the idiots that punted him are still here and he's still well thought of by the fans).

Get it well advertised and that would surely get plenty folk coming down to Keaghan's testimonial.

Talbot has made it quite clear he'll never put on a Livi shirt again.
Afro

Really like the idea of getting some of the old development team graduates back for the game. Would be quite befitting of the occasion since Keaghan would be the first player to be eligible for a testimonial, let alone have one?

Would be totally worth it to see Iain Russell in a Livi shirt again. Hope he whips out this when he scores for the 'Legends'...

Could get the team he made his debut for, probably have to replace a few of the older ones and those who generally wouldn't give a toss...

For those whose legs wouldn't let them or don't care enough could try and get the likes of Andrews, McPake, Snodgrass, McNulty, Scougall, McNamee, Douglas etc.
Achilles

Ooft can we just get Pesir back full stop. Don't care what age he is!

Some cracking names in that list though, was there no a rumour Liberda
Achilles

Worked in McDonalds as a cleaner as well?
Liviforever

So I guess the only question is why there hasn't been an official recognition of this on the club website?
Liviforever

It's his birthday today too. #3ptsforKeaghan'sbirthdaypresent
Durnford

Bertie Bassett wrote:So I guess the only question is why there hasn't been an official recognition of this on the club website?

Thread needs bumped. Yesterday was Keaghan's 250th appearance for the club. What a man.

Would be the stuff of fairy tales if he was involved (playing or managing) when we lift our first Scottish cup.
Bertie Bassett

Full on Livi legend, played for us in every division I believe
LiviLion

Bertie Bassett wrote:Full on Livi legend, played for us in every division I believe

Yep, and once he returns from injury so will Raffa De Vita!
Bertie Bassett

True. Looking forward to Rafa scoring at the Vale,
Liviforever

Keaghan in this week's SPFL team of the week, well done Keags. 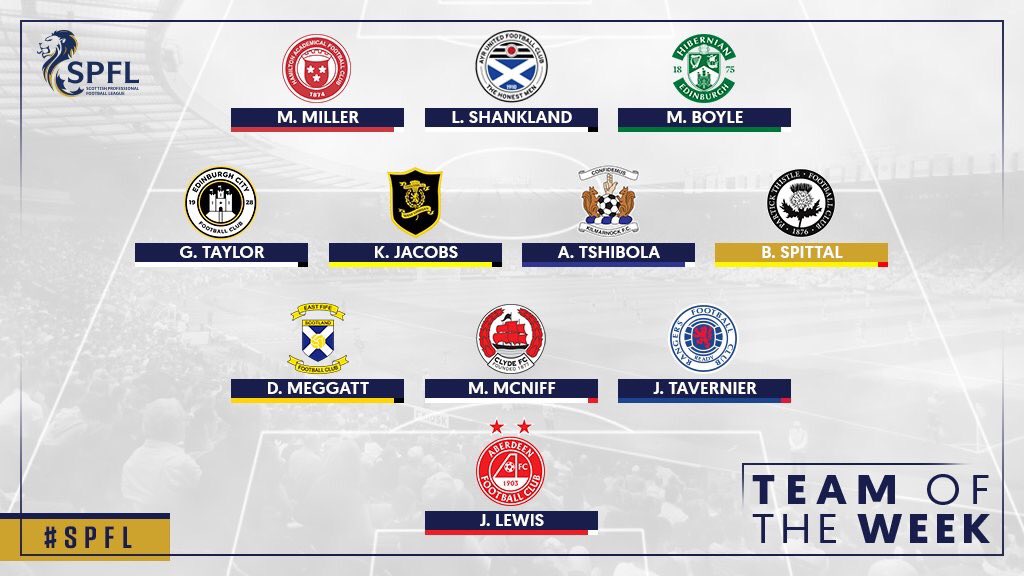 Fri 16th November is the first of his testimonial events, hope it gets a good turn out.

A race night with a showing of our play off final win, a lot of our players will be there too. 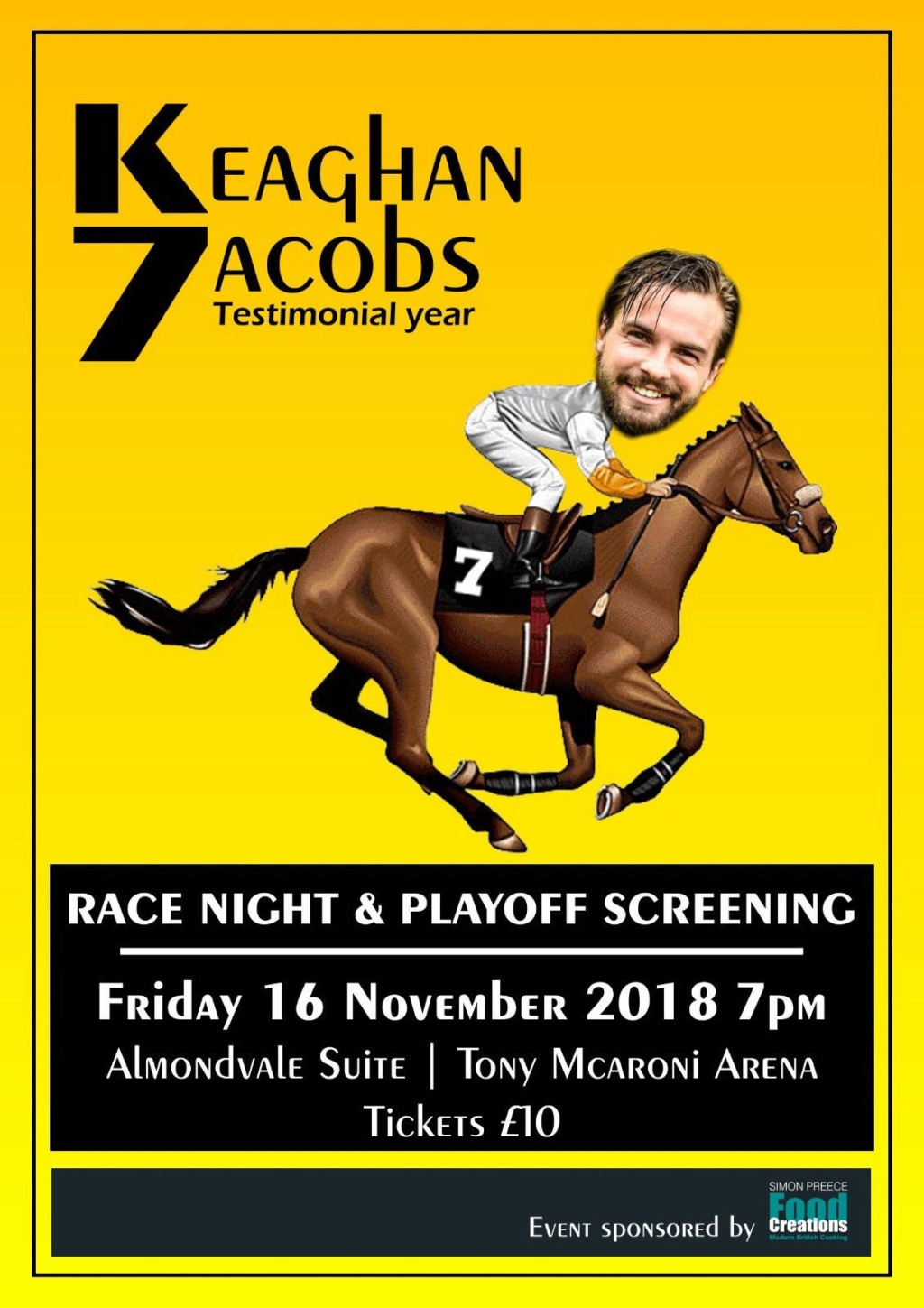 Hope so too. If there is a testimonial match I hope it is also a big turn out.
Durnford